I live between the sea and the hills, and the whole nature surrounds me. Its silence and its sounds comfort and upset me at the same time. Stepping into nature evokes a childhood memory, like the way you feel after a new emotion. The senses thrive, feeding on the life that is all around me. Away from the people, in loneliness, I find words in the rocks washed by the waves, and caresses in the strong wind coming from the woods. Nature accompanies me, like an old friend.

With this collection I continued to address the man-nature relationship and in particular my own relationship with nature. Each one of my creations is a meaningful word in a conversation between nature and myself. A stone consumed by the Adriatic sea and a branch broken by the Bora wind are imperfect and beautiful. I collected a few of them and created molds into which I poured resin. The resulting elements may seem real and alive but are just my own interpretation of them. I dye them with unlikely colors and as much unlikely elements start growing on them. Vegetables and minerals we use daily such as spices and salt, alongside gold and copper, start growing and feeding on replicas, fake branches and stones. The result is an ambiguous relationships between the Natural and the Artificial and between precious and ‘poor’ materials. The final result is a great joke at the expense of the senses. Tea, parsley and salt seem to go back to their roots living a third phase and taking on an essentially decorative and ornamental role, like the long-established one of gold and copper. The oak wood elements close the creative and contrasting process composing the only evidently artificial shapes. Linear, clean and minimal shapes contrast and tone down the natural, irregular forms of the molds. Contrast and similarity, conversation and conflict, bond and detachment, ambiguity and genuineness, forever present in the man-nature relationship are explicitly conveyed by these jewelry pieces. 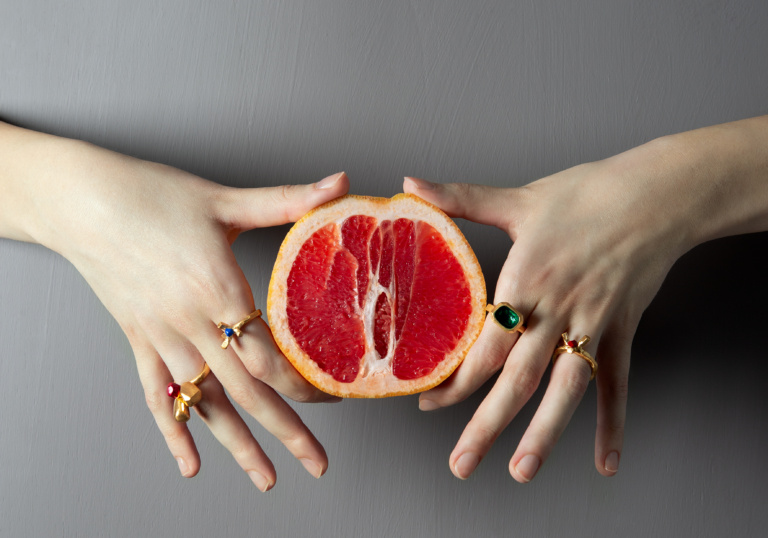 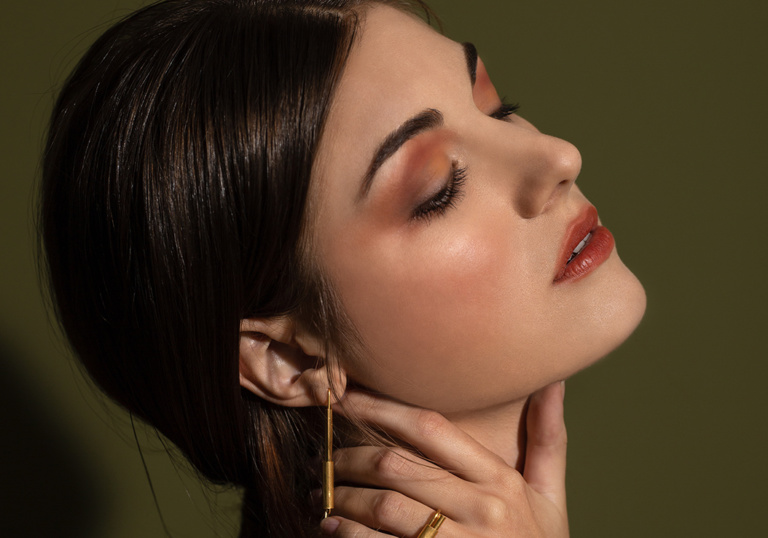